In the dew point measurement, the specular pollution is a prominent problem, and its impact is mainly manifested in two aspects: one is the Raoul effect, and the other is the change of the specular background scattering level. The Raoul effect is caused by water-soluble substances. If this substance (usually soluble salts) is carried in the measured gas, dew condensation will occur on the mirror surface in advance, which will cause a positive deviation in the measurement result. If the pollutants are water-insoluble particles, such as dust, it will increase the background scattering level, which will cause the photoelectric dew point meter to drift zero. In addition, it is needless to say that the vapour of some condensable substances (such as organic matter) with a boiling point lower than that of water will interfere with the measurement of the dew point. Therefore, any type of dewpoint meter should prevent contamination of the mirror surface. Generally speaking, the impact of industrial process gas analysis pollution is more serious. However, even in the measurement of pure gas, the pollution of the mirror surface will accumulate over time. In order to eliminate the effects of pollution, people have explored various methods. * The intuitive method is to filter the measured gas. At the same time, clean the mirror regularly or at any time according to the specific situation. In addition, the usual method is to heat the mirror surface before each measurement and ventilate the pollutants. In the case of obvious pollution, it can also be achieved by repeating the dew condensation and dew process multiple times. In order to eliminate the interference of easily condensable hydrocarbons, some people use the double mirror technology to add a “dry” mirror in the dew point room. The temperature is slightly higher than that of the dew point. “The mirror is as contaminated as the exposed mirror, but it does not condense, providing compensation.

In the design of the dew point instrument, several factors that directly affect the heat and mass exchange in the dew condensation process must be considered. This principle is also applicable to the selection of the operating conditions of the dew point instrument with a low degree of automation. Here we mainly discuss the problem of mirror cooling rate and sample gas velocity. The temperature of the measured gas is usually room temperature. Therefore, when the airflow passes through the dew point chamber, the heat and mass transfer of the system must be affected. When other conditions are fixed, increasing the mass density of the flow velocity will facilitate the mass transfer between the airflow and the mirror surface. Especially when measuring the dew point, the flow rate should be appropriately increased to speed up the formation of the dew layer; but the flow rate should not be too large, otherwise it will cause overheating problems. This is especially true for thermoelectric cooling dew point meters with relatively low cooling power. Excessive flow rate will also cause the pressure of the dew point chamber to decrease, and the change of the flow rate will affect the thermal equilibrium of the system. Therefore, it is necessary to choose an appropriate flow rate in dew point measurement. The choice of flow rate should depend on the cooling method and the structure of the dew point chamber.

The general flow rate range is from 0.4L / min to 0.7L / min. In order to reduce the effect of heat transfer, pre-cooling treatment can be considered before the measured gas enters the dew point chamber. The control of the cooling rate of the mirror surface is an important issue in dew point measurement. For automatic photoelectric dew point meters, it is determined by design, and for manual dew point meters, it is a problem in operation. Because there is a process and speed between the cooling point of the cold source, the temperature measurement point, and the heat transfer between the mirrors, it brings errors to the measurement results. In this case, the temperature gradient between the temperature measurement point and the mirror surface used is relatively large, and the heat conduction speed is relatively slow, so that the temperature measurement and dew condensation cannot be performed simultaneously. Moreover, the thickness of the exposed layer cannot be controlled. This will produce a negative error for visual inspection. Another problem is that cooling too quickly may cause “overcooling.” We know that under certain conditions, when the water vapor reaches a saturated state, the liquid phase still does not appear, or the water does not freeze when the temperature is below zero, this phenomenon is called super saturation or “super cooling”. For the condensation (or frost) process, this phenomenon, is often caused by the measured gas and mirror surface being very clean, or even a lack of a sufficient number of condensation cores. Under cooling is short-lived, and its duration is related to the dew point or frost point temperature. This phenomenon can be observed through a microscope; one solution is to repeat the operation of heating and cooling the mirror surface until the phenomenon is eliminated. Another solution is to directly use the water vapor pressure data of the subcooled water. And this is exactly in line with the definition of relative humidity when the meteorological system is below zero. It can be seen from the above that whether considering the thermal inertia or super cooling phenomenon, the cooling rate should not be too fast. If it exceeds a reasonable range, the faster the cooling rate is, the greater the thermal inertia is, and the larger the dew point measurement error is, the more Prone to overcooling. * The best cooling rate is generally determined through experiments.

Frost point meter or low frost point hygrometer is one of the few * effective methods in trace water measurement. However, some problems must be paid full attention during the measurement. The first problem is the thickness of the frost layer that affects the detection. In the case of low water content, the frost layer is very thin and the change is slow, which increases the difficulty of detecting frost. For example, when the frost point is lower than -65 ℃, the mobility of water molecules on the mirror surface decreases, and the crystallization speed decreases accordingly. It takes time for the layers to appear relatively stable. The lower the frost point temperature, the greater the difficulty, and the measurement error increases rapidly. When the frost point is close to -85 ℃, a thin blue crystal-like frost is formed on the mirror surface. At this temperature, the mass density of the frost layer is about 10-8gm-2, which is equivalent to the thickness of a molecular layer. Measurements are difficult at low frost points. Another problem is overcooling. This phenomenon easily occurs in high-altitude exploration. Under low humidity, because the crystallization process of ice is relatively slow, the frost layer often does not appear when the frost point temperature is reached. When the temperature continues to decrease, water starts to freeze, and a frost layer quickly forms in a supersaturated state. However, the saturated water vapor pressure at this time is not ice, but should be the saturated water vapor pressure of super cooled water. As mentioned above, due to the super cooling phenomenon, the measurement error of the frost point is sometimes as high as several degrees. Therefore special care must be taken in low frost point measurements to maintain a sufficiently long equilibration time.

By the way, let’s talk about other issues that need attention in low frost point measurement. Because the working environment of the dew point meter, that is, the moisture content in the atmosphere is tens of thousands × 10-6 (volume fraction), which causes great difficulties in operation. The measurement results are often divergent, and the reasons are complex. In order to make the measurement data accurate and reliable, in addition to ensuring the instrument’s good performance and quality, the following issues must be paid attention to.

(1) The air circuit system must be tightly sealed to prevent external environmental moisture from leaking in.

(2) If the measured gas is directly discharged into the atmosphere, the problem of the diffusion of moisture in the atmosphere into the measurement system should be considered. * Commonly used method is to connect a length of pipe with an appropriate length to the exhaust port, and its length and pipe diameter should not affect the pressure of the measuring cavity.

(3) The sampling pipeline should be as short as possible to minimize the number of joints and avoid “dead space” to reduce the interference of background moisture. (4) The inner wall of the sampling pipe and the measurement chamber should be clean, and the finish should be good. Using hydrophobic materials, from the experimental results, we can get the following material selection order: stainless steel * good, followed by polytetrafluoroethylene, copper and polyethylene ranked third. However, the difference is that nylon and rubber tubes are not suitable for low frost point measurement. 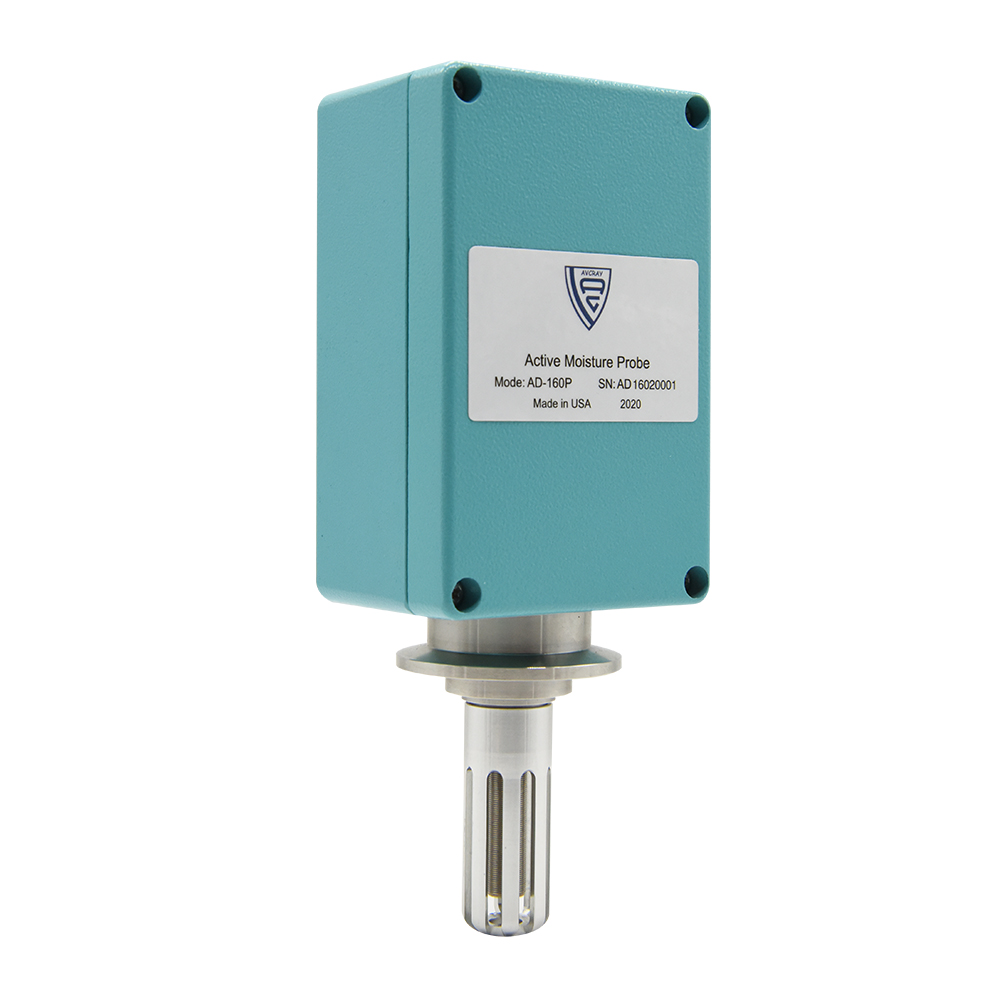 Talking about the Precautions for Repairing the Infrared Gas Analyzer 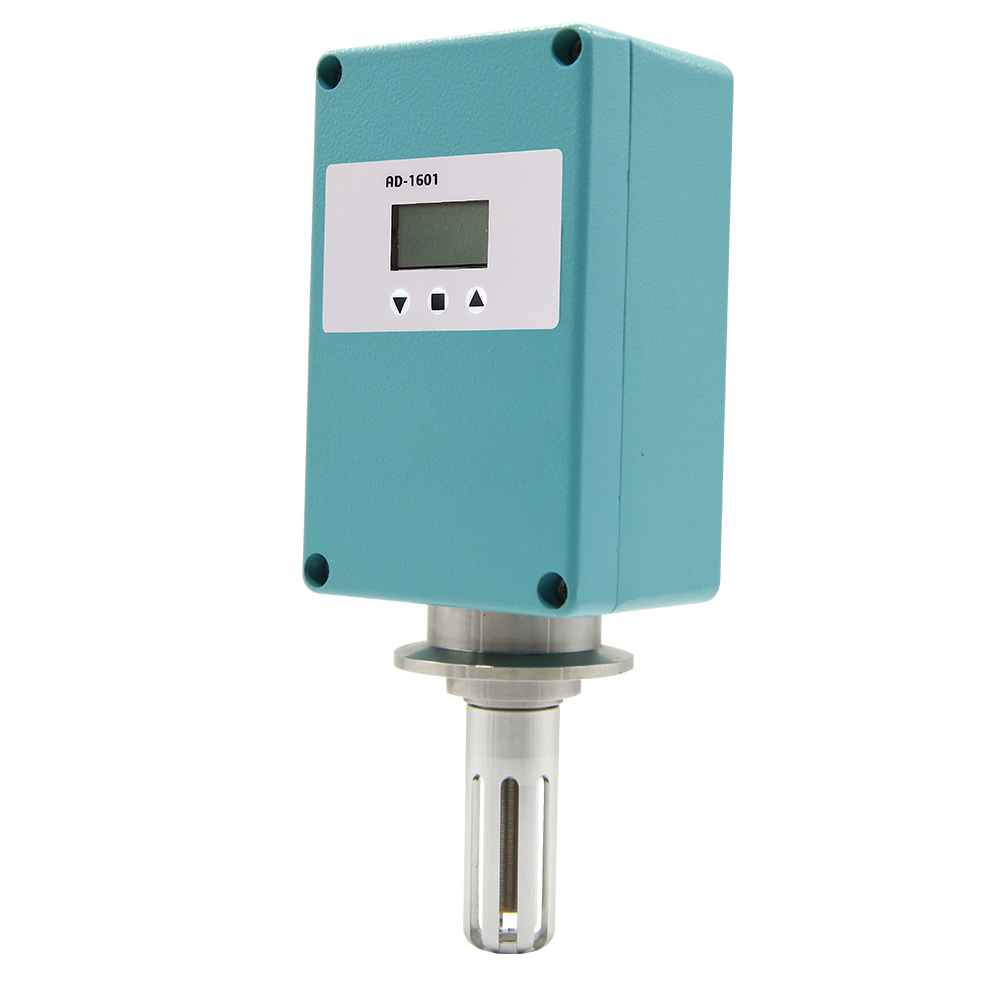 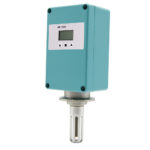 What Preparations do I Need before Using the Flue Gas Analyzer?